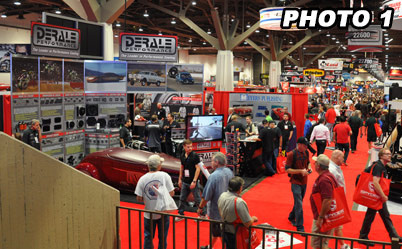 The 2012 SEMA Show was packed with industry personnel; buyers were in abundance and renewed enthusiasm in the marketplace was in evidence. The Derale Performance booth was a very busy place as usual. New products and displays were added for 2012, while another beautiful Bonneville Salt Flats record-breaking “Rad Rides by Troy” one-off graced the show floor and added excitement and more than a little interest to our ever-expanding Derale Performance product line. 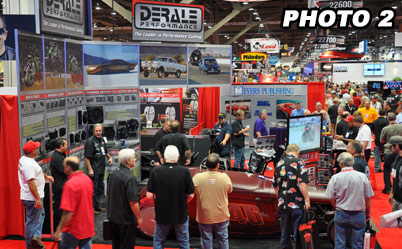 Co-car owner Mark Mariani of Mariana Racing standing in the aisle next to his car while several onlookers admire the detail that goes into every “Rad Rides by Troy” project vehicle. This little roadster set records on the Flats in two separate classes and with two drivers, Mark and Dennis Mariani, both who were able to join the exclusive “200 MPH Club” in this little red rocketship. 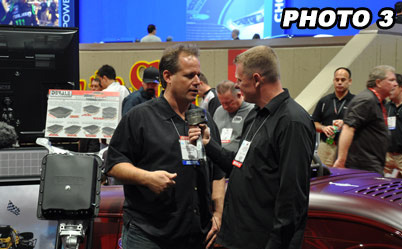 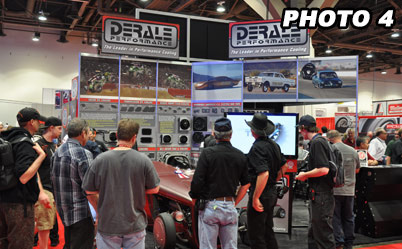 Troy Trepanier flanked by the Mariani’s, (Mark in white, Dennis in black) standing behind the star of the show… 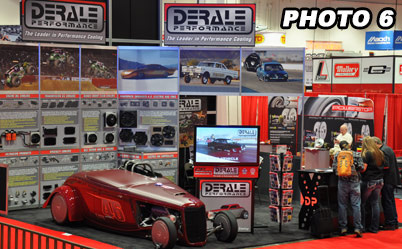 An after-hours picture of the booth with Jeff signing autographs to a few last minute visitors. We are not sure who he is pretending to be, hopefully he doesn’t serve any time for impersonating an important person. 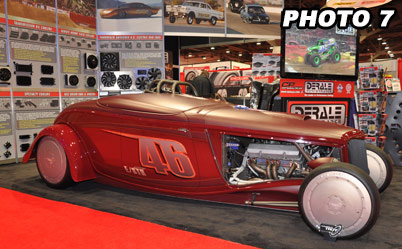 The two-class, record-setting Mariani Racing roadster in all of its glory. This beautiful car would be at home in any museum. One with salt on the floor and a long run-off area would be perfect. 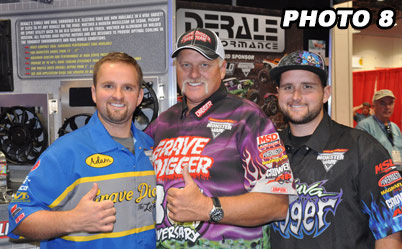 Grave Digger creator and driver Dennis Anderson was on hand, along with his two sons Adam and Ryan, who pilot Grave Digger The Legend and Sonuva Grave Digger, to sign autographs and help promote Derale Products as part of the Feld Motorsports team. 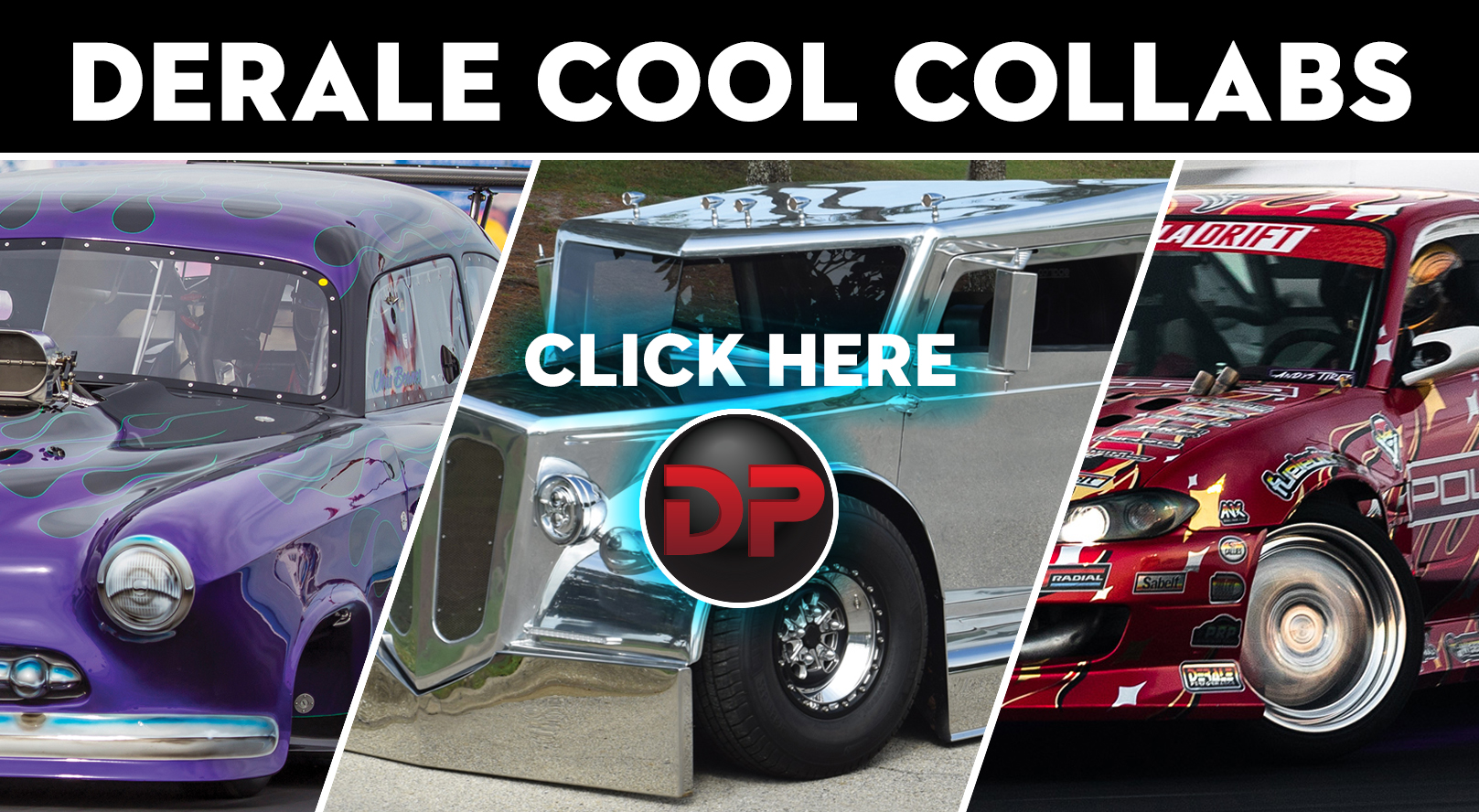